What steps need to be taken in order to bring creative up to speed with the recent rapid development of digital audio technology?

The slow decline in great radio advertising over the last 10-15 years has dovetailed into the digital audio landscape. Fewer and fewer brands prioritise creative and instead have become laser-focused on the “sell”. There’s very little reward extended to listeners for investing 30 seconds of their time to hear what you have to say. I think many brands believe that the now-cramped audio space requires that they use that valuable time to say as much as they possibly can…rather than use the audio medium to do what it does best: provide a backdrop for listeners’ imaginations. And so I believe that those who return to embracing audio for its unique ability to engage – whether it be digital or traditional – will do the most effective work.

Our keys to creating effective audio haven’t changed much in the advent of digital. Some of those keys have been heightened, however. It’s always been important with radio to grab attention from the outset, tell a story that’s relatable (and by extension interesting), establish a “problem”, position the brand as the hero of that problem, and reward the listener for his/her time. The difference, now with digital, is that the grabbing of one’s attention and the story being told can be so much more relevant than ever before, because we know specifically who we’re speaking to. That’s why we find the work we’re doing with Instreamatic so exciting. Audio has gone from commercials on the radio that talk to you to interactive spots that speak with you. And so it’s crucial to take advantage of these new tools in a way that’s super-engaging, for sure, but it also needs to be done with sensitivity and respect.

It’s funny that you ask the second part as a follow-up. Since we come from a radio background we’re used to being told, “we have some TV spots done” (which likely took 2 months to develop), “and now we need radio spots to compliment them” (usually within days). We’ve never once been asked to create a radio campaign that would tee-up a TV effort. Not once in 30 years. And so my answer has always been the same: let’s be influenced by an established strategy, and then borrow some equities to align with already-existing concepts… but it should stop there. Audio provides so many opportunities that are not available in TV or display… and so it should be approached in such a way as to take advantage of what it does best: providing the most intimate of experiences. You need to exploit that benefit.

How can data such as location, weather, and device usage, be layered onto digital audio targeting? What are the main considerations with regards to privacy here? 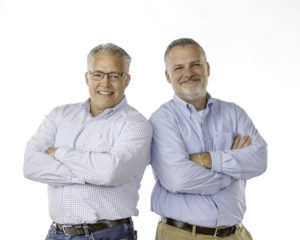 The data available to us is pretty extraordinary. It makes for exciting strategy briefings and brainstorming. But I will say that one miscalculation I see made more often than not is the going-out-of-one’s-way to use data just because it’s available. I mean an announcer saying “it’s raining today, New York” is not received as some wildly creative intuition. I worked at a radio station 40 years ago and we were doing that with traditional radio commercials. It means little to a listener. However, knowing that it is raining can help, say, an auto parts retailer to push wiper blades when maybe three days from now a different product would be more relevant. Location data can be used to manage inventory from region to region. Heck, we recently created a Dynamic campaign with A Million Ads for Back to School for Staples and were able to connect to teachers in a different way than we did parents of school-aged kids. The tools used need to be driven by your goals, not the mere fact that they’re available.

What are the key differences between digital audio consumption and “traditional” radio broadcasts? What opportunities does digital audio offer for marketers that are absent from radio?

We like to remind ourselves that digital audio isn’t broadcasting; it’s narrow-casting. It’s an intimate conversation you’re having with specific individuals rather than a giant mass of listeners. Radio is still intimate, but used primarily in the car; that in itself is valuable information to those of us who create ads. Digital, however, is available in many forms: from streaming to audiobooks to podcasting; and available on various devices that are used in various settings: while working or working out or cleaning or while getting ready for work or, yes, while driving. The opportunities lie in the fact that we know much of this going in. And so that’s what’s now available to us– this unique ability to engage from a place of familiarity.

How has digital audio consumption changed over the course of the coronavirus pandemic, and how do you anticipate it will change over the next 3-5 years?

As with most innovation – as time goes by the technology will improve and become more and more intuitive. And so I think more data will become available and enhancements made that will allow for even more relevant conversations. And that’s why both Dynamic and Interactive are so exciting to us. Used autonomously, or even in concert, they provide an opportunity to create smarter and smarter ads that provide richer experiences for audiences.

I think the pandemic may have – in an odd way – accelerated the embracing of digital. People were almost forced to explore platforms on devices they already owned or needed to secure given their new circumstances and ‘ways of life.’ And I think that moving forward they’re much more likely to welcome eventual developments than they are to revert to former patterns.

The question I might be even more intrigued by is – where will all of this be in 10 or 20 years? It’s mindboggling to even consider.