With a population of 57 million people and over $1.3 trillion in spending power, Hispanics have become a crucial target for brand marketers. Oink Ink, an agency specializing in radio ad creative, says it’s experiencing hefty growth in demand for Spanish-language radio spots from a range of large advertisers including automakers and retailers.

Among its current clients are GTB, the WPP-owned, Dearborn, MI-based agency that handles Ford Motor’s advertising, and Lowe’s, a consistent top-five radio advertiser. 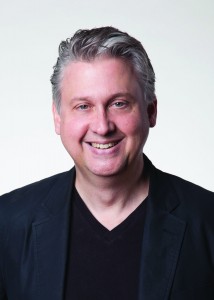 To connect with the multifaceted Hispanic consumer, marketers have moved far beyond merely translating their ad copy from English to Spanish. To be relevant, Spanish-language radio spots need to “demonstrate an understanding of nuances of the culture and diversity within the Hispanic market,” Price says. The agency’s Spanish-language spots are produced by creative veteran Manuel Carvajal (pictured), who has worked with Time Warner Cable, DirecTV, Verizon, Nestle, Miller Lite, Honda and Chevy, among others.

In addition, research by Latinum Network found that ads targeting Hispanics in Spanish significantly increased their interest in purchasing products. And nearly 80% of Spanish-dominant, 82% of bilingual and 60% of English-dominant Hispanics said that brands should reach out to consumers in both English and Spanish.

“We didn’t need research to tell us that thoughtful, creative ads work better—regardless of the language—but it’s nice to have data that demonstrates the value of the work we do for our clients,” said Price, who was featured in an Inside Radio Q&A with Oink Ink cofounder Jim Price last November. And by using Spanish-speaking writers, actors and sound mixers, Price says, the ads his shop produces “are resonating culturally.”They write, cast, direct and produce radio spots and have created radio ads for some of the world’s largest brands including Google, CBS Television, Pepsi, Ikea, NBC, Verizon, Ford, Staples, Microsoft and literally hundreds more.